The British Soay population in North America is growing, if not by leaps and bounds, at least starter flock by starter flock. As of the end of 2009, there were nearly six hundred fully pedigreed British sheep in the U.S. and Canada, an impressive increase since the original six sheep were brought to Athelstan, Canada from the U.K. in 1990. 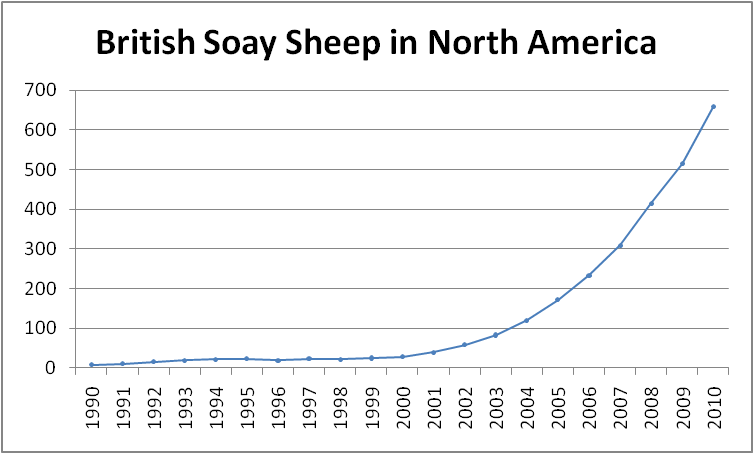 What distinguishes the Full British Soay sheep in North America is the fact that their ancestry, as reflected in their pedigrees, traces exclusively to RBST-registered Soay sheep from England and Scotland. Until 2008, British Soay in North America were descended from only six animals – two rams and four ewes – that had been imported into Canada in 1990. Since 2008, additional rams have become part of the genetic foundation via artificial insemination.

Despite their narrow gene pool, British Soay sheep exhibit many of the phenotypic traits seen in the island populations on Soay and Hirta and throughout the U.K. Both ewes and rams have visually appealing horn conformation, although as yet there are no polled ewes in North America. Most animals have medium brown or salt and pepper greyish fleece, and light phase, or tan, animals are uncommon but not rare. Full British Soay typically are somewhat smaller than the composite North American Soay.

Because of the small population size and the narrowness of the gene pool, British Soay sheep need a specific kind of care and attention in the form of disciplined conservation breeding to both maintain existing genetic diversity and prevent further gene loss in future generations. It is this conservation mission that attracts many breeders to the British Soay. It just plain feels good to be involved in saving a threatened breed, especially one as appealing as the diminutive Soay sheep. Conservation can be its own reward.

The conservation issues with the British Soay flock stem from the unavoidable fact that with only four founding ewes and two founding rams in the 1990 importation, only a small portion of the Soay gene pool found in England and Scotland made it to Canada in the first place. Since then the interrelated problems of inbreeding and small population size have eliminated some of the diversity once present in that tiny founding herd.

From the broad perspective, there are two approaches available to those who would conserve what remains by working to forestall further loss of genetic diversity among the British Soay in North America. One approach is to increase the numbers of sheep, the overall size of the flock, by seeding new flocks of Full British Soay to new owners. The other is to employ breeding plans, appropriate to the size of one's flock, that will minimize the random loss of genetic diversity, particularly in smaller flocks. We do both here at Saltmarsh Ranch. 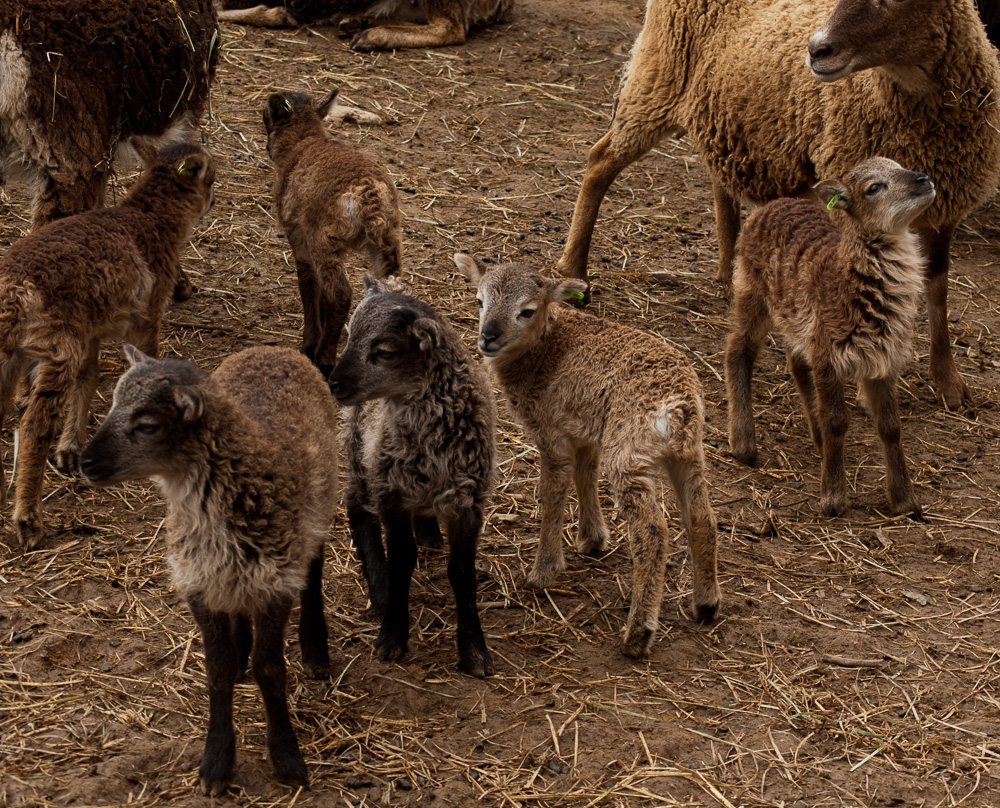 Rotational breeding systems are appropriate for larger flocks, but are simply not feasible for the smaller flocks among which most of the Full British Soay are scattered. But there are breeding strategies available for those with small and medium flocks. One is to use a different ram each year, and to use rams from outside the core flock. This shouldn't be just haphazard, simply using any old new ram each year. Rather, the plan should have a structure to it. One approach is to use a home-grown ram one year out of three, with outside rams in service the other two years. This formula mimics on a small scale the 1-in-3 linecross-outcross rotation in the ALBC breeding program, a modification of which we practice with our flock, and has many of the same benefits.

Whatever the size of your British flock, the breeding goals should be to maintain the genetic diversity present in your flock at the outset, and perhaps eventually to distribute starter flocks to new conservation-oriented breeders. Both of us, and Steve in particular with his three decades of training and expertise in genetics, are eager to help new and existing breeders use conservation breeding techniques with their animals, irrespective of the size of their flocks.