Starting out: What size flock is right for you?

If you are new to Soay sheep, we recommend a starter flock consisting of at least three or four ewes, along with a ram or two, and a wether.

Why a wether? Because the ram really needs to have a companion or he will behave badly. When you put the ram in with the ewes to breed, the wether can come right along and stay with the group; no one gets left behind. Wethers are especially useful if you have an injury or other need to isolate one animal, ewe or ram. The wether serves as the all-purpose companion.

If you plan to sell all your lambs each year, you can use the same breeding ram for several years, replacing him only in case of accident or death, and sell the ram lambs along with the ewes. Even so, we think it makes sense to keep at least one extra ram in any case, so you won't be left without a breeder come autumn if the lone ram dies. 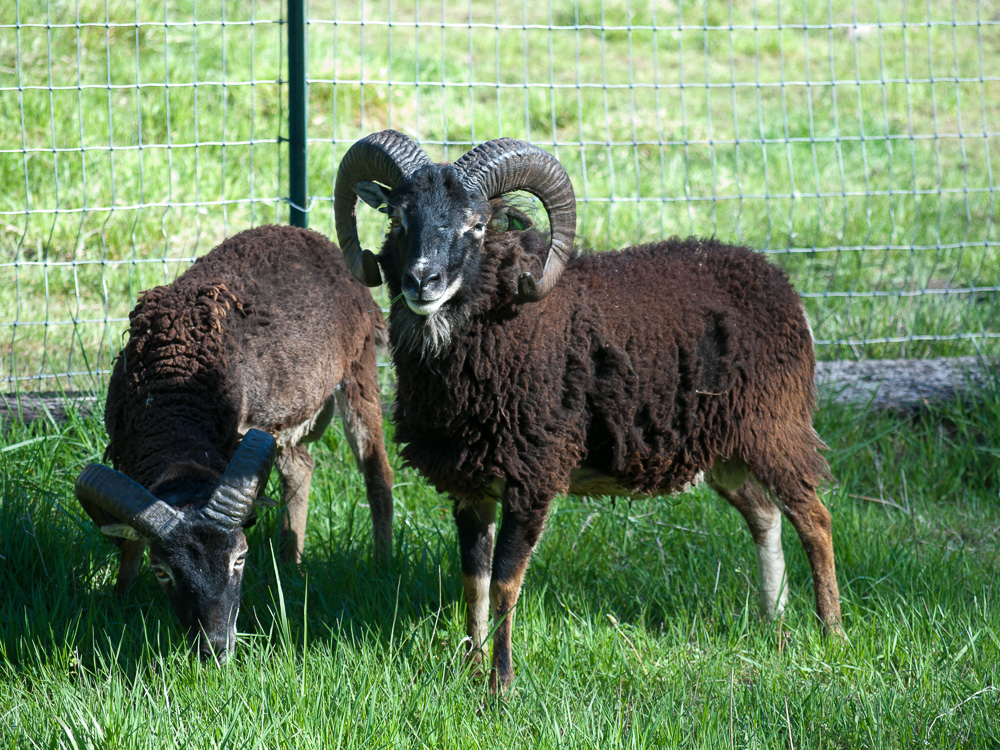 On the other hand, if you plan to keep some of your lambs in order to grow or replenish your flock, you should consider using a different ram each year or two to avoid high levels of inbreeding. In fact, you might want to start with two rams, especially if transportation costs are an issue, since the charge for additional animals on the same truck is modest. That way, you'll be all set for at least the first two breeding seasons.

Even if you start with two rams, you still should have a wether and here's why. In the fall, one lucky ram goes in with the ewes, with his unlucky buddy staying behind in the ram pen. That second ram also needs a companion during breeding season.