Winter after winter, we slogged through the snow and mud, bringing alfalfa to our peaceful ladies as they slowly swelled with April lambs. But not this time around. Not this year. After seventeen lambing seasons, we decided to take a break. There will be no starter flocks available from us this spring.

Among other things, no orders came in for 2022 lambs. That circumstance drove the decision not to breed last fall. At its peak, our flock numbered more than 250 adults and lambs. Managing ˝only˝ 35 yearlings and adults at this point is, by comparison, a piece of cake. There are still more than enough Soay ewes and rams to enjoy our emergent pastures and the lengthening days.

We do have rams for sale, both proven sires and eager teenagers, all of them with deep pedigrees. If you have an RBST-registered flock and are seeking a new flock sire or two, get in touch.

Come autumn, we may resume breeding, but only with firm orders in hand for the lambs. Should your plans include purchasing a small starter flock in 2023, get in touch before late summer and we can talk.

The farm website and Priscilla’s blog will stay up in any case. Rather than trying to change the text to reflect our downsizing, we left intact the information describing how we have shepherded our flock. Our experiences and advice still stand, even if the verb tenses are out of date.

Those of us who raise Soay sheep pretty much have our hands full tending to their basic needs – food, water, shelter, protection – but especially during the short winter days we find time to contemplate what life was like for the St. Kilda’s human inhabitants. For example, what music was sung or played on Hirta?

We know from the voluminous written record of life on St. Kilda that there was precious little music for long periods of time, forbidden by the strict preachers sent from the mainland to tend to their parishioners’ souls. But there is almost no mention of singing, and not a word about a piano or other keyboard being taken to the islands.

Now, thanks to a 10-year tale of serendipity and just plain luck, there is an intriguing hint about music on St. Kilda in the form of a single CD issued in 2016. Entitled “The Long Songs of St. Kilda,” the CD includes eight melodies with piano accompaniment said to have come directly from the islands, remembered by a young man who was part of the 1930 evacuation and later transmitted by him to one of his piano students on the Scottish mainland in the 1950s.

You can read this intriguing tale and get details on how to listen to the songs and play them yourself by going to Priscilla’s blog post. There you will begin to learn the story and also find links to more detailed accounts of how the songs went from the memory of a resident of an old people’s home in Edinburgh to a best-selling CD to the written page.

To what extent the songs actually originated on St Kilda is an open question that joins the many layers of mystery surrounding life on St. Kilda. What is certain is the beauty of the melodies and how powerfully they evoke the remote islands that are the ancestral home of all Soay sheep.

Note: The accompanying photograph, taken by Stuart McKenzie, shows the cliffs on the north side of the island of Hirta, with the much smaller island of Soay in the misty distance. 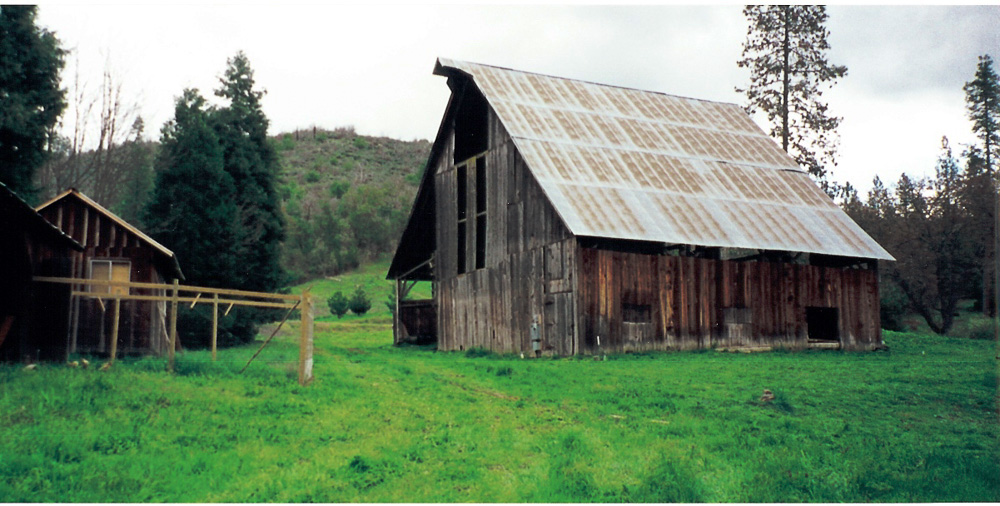 The old Saltmarsh Ranch is nestled at two thousand feet among the northern foothills of the Siskiyou Mountains in southwestern Oregon, astride the Little Applegate River. Arthur B. Saltmarsh, the original homesteader who settled in the 1880’s, built the barn and several other outbuildings still in use. He and his heirs lived here for almost a century. 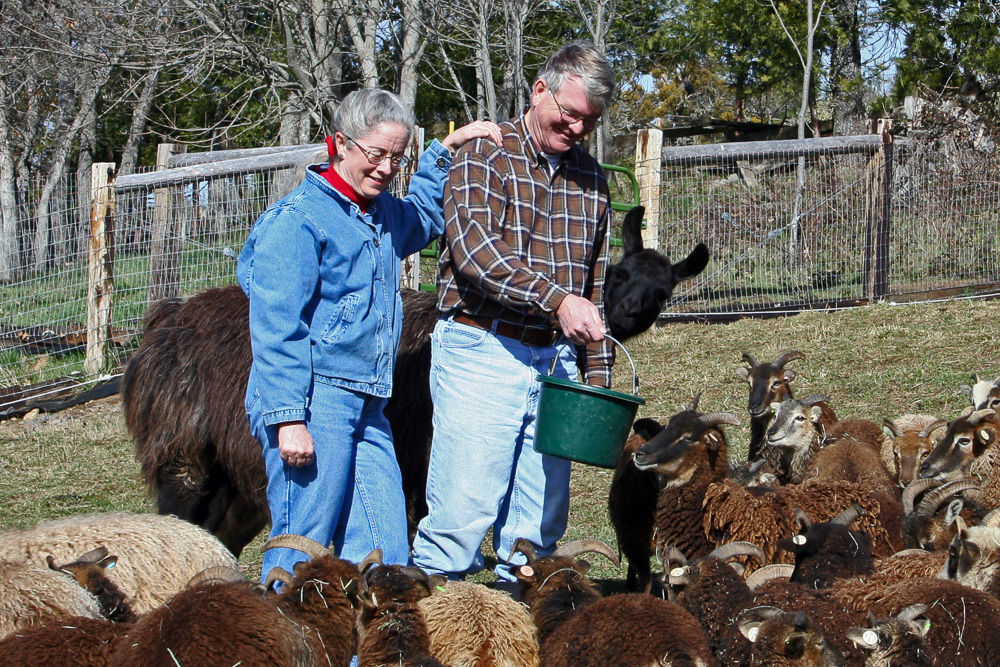 Soay sheep have a much longer history. They are descendants of a feral population of primitive sheep living for at least hundreds, perhaps thousands, of years in complete isolation on the island of Soay in the St. Kilda archipelago located off the northwestern coast of Scotland in the North Atlantic Ocean, some 4581 miles from here.

Today’s Soay sheep at Saltmarsh Ranch provide us with many satisfactions, foremost among them the rare opportunity to help preserve an endangered variety of attractive small sheep.

We exported Soay Sheep to Canada several times over the last decade. During that time we became “Export Certified” by the USDA and were classified as a “Negligible Risk Premises” by the Canadian authorities. Although we have not maintained our formal certification, we are happy to share what we have learned with anyone wishing to export/import Soay from the US to Canada.

Keeping Sheep as a Lifestyle 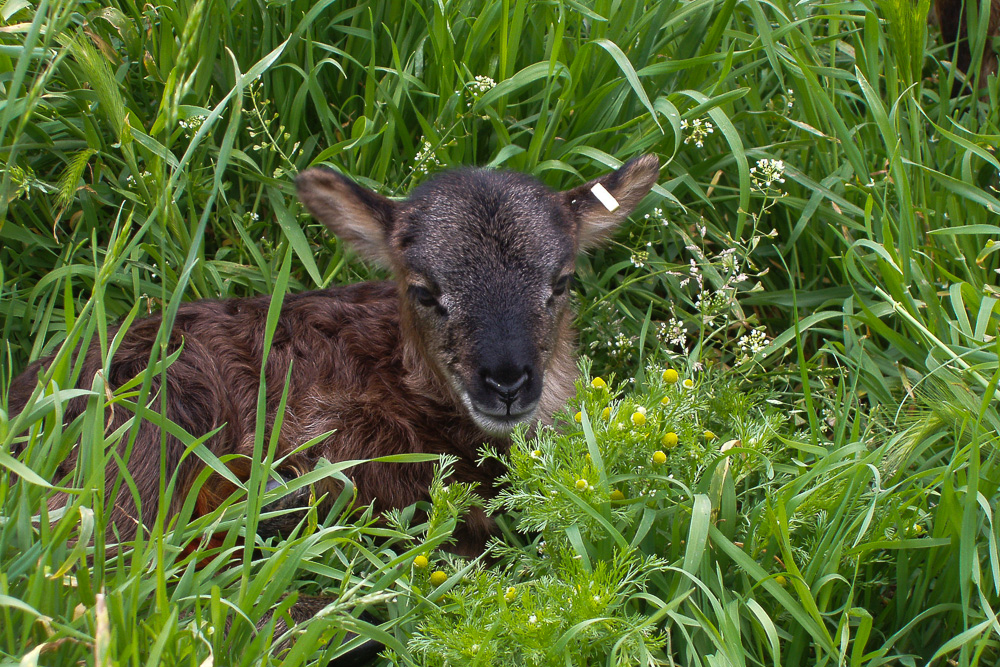 Our city friends ask us all the time, “Why on earth do you live way out in the country and burden yourselves with a big flock of Soay sheep?” The answers could fill a book, but we think the following thoughts put to paper thirty years ago by a renowned Canadian food writer, editor, chef, and shepherd capture the essence of the matter better than we can express it anew. In the words of Mme Benoit …► 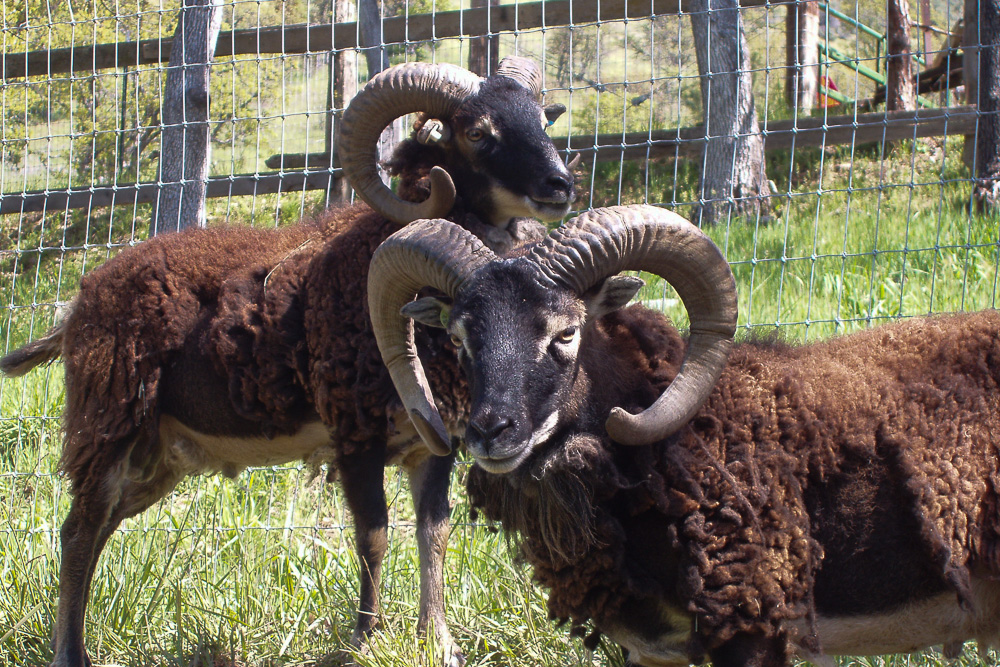 Thinking about getting a flock of Soay, but feeling a bit bewildered? Here is a guide to the common types of Soay sheep flocks we and other breeders have put together to meet our varying goals.read more ►

Many of us who have chosen to live in a rural setting with a few acres of green pastures, some trees, clean air, perhaps an outbuilding or two, tranquility and so on made our choice in part because we wanted to be able to keep animals of one sort or another, or will come around to the notion sooner or later. Odds are you already have thought about Soay sheep, or you would not be here reading these words. You are on Read more … ► the right track. These small, gentle, easily kept heritage sheep can enrich your life and improve your land.