The following reflects our observations and experience with Soay sheep, though it should be applicable to most breeds of sheep.

The Problem The need to reintroduce your rams when the time comes to break up your breeding groups presents a double set of challenges. To start with, your breeding rams have spent their final weeks with the ewes with little to do, so they've been glaring and posturing at any rams they can see, itching, just itching for a fight. And to make matters worse, if you've kept a bullpen of idle rams all fall, those fellows will have issues of their own, and can hardly be expected to welcome their lucky brothers who come sauntering home, smelling of ewe.

What Not to Do Simply to put breeders and non-breeders together in a pen or small pasture hoping for the best is a recipe for disaster — there is just too much pent-up hostility all around. You need to arrange for them to get to know one another and re-establish the social strata in such a way that no one winds up getting hurt.

The Risks So whether you are dealing with two or three rams or as many as several dozen, this midwinter mêlée carries the real possibility of a major injury or even a death. We know of two different strategies for minimizing that risk, alternatives that involve quite opposite strategies: wide-open spaces on the one hand and tight quarters on the other. Both have worked for us.

The first approach is the simpler one, and should serve well in the right setup and circumstances. What you need is a large enclosure, ideally a couple of acres of mostly open pasture, and it is best if you are dealing with a dozen or more rams. You simply turn everybody out into the enclosure, breeding rams and rams that have not been used, and stick around to watch the fracas. There will be a massive amount of sniffing and chasing, and some actual fighting. Don't be too alarmed if you see some significant cuts and bruises. But sooner or later everybody should get tired and winded. It may take an hour or more, but eventually things should settle down.

There should be enough space so that any ram that wishes to avoid a confrontation can do so by simply running away. This is where you come in, to intercede should a ram get injured or cornered and trapped. To repeat, the two most important considerations here are (1) a lot of space to run and escape in and (2) at least a dozen animals. The bigger the group, the more complex the social dynamic, and the less chance of one animal getting singled out. Your two biggest worries are a one-on-one fight-to-the-death situation, or two or three non-breeders ganging up on a single breeding ram.

The second alternative, what you might call the phone booth approach, requires a very small but sturdy enclosure. We use Shaul panels these days, but we have used cattle panel in the past. We've heard of others using a stock rack (in or out of the pickup bed), a trailer, a corner of the barn. Whatever, it just has to be sturdy. You simply cram everybody — all your rams, breeders and non-breeders — closely, so closely that they barely have room to turn around and lie down. They will grumble and shove, but since there is no room to back up and take a run at the enemy, nobody gets hurt badly. There probably will be lots of facial cuts and scrapes, and some unseemly mounting behavior, but this soon abates.

Confine them for two days Give them plenty of hay, and a bucket of water. (The water is pretty much a joke since they will foul the bucket in no time and dump it over soon afterwards. If they don't, your boys are either unbelievably dainty or insufficiently crowded.) An abundance of food will distract them to a degree. After a few hours they will calm down, concentrating their resentment on you for subjecting them to this mistreatment. Next morning, if all has gone well, you can enlarge the enclosure by a third to a half. If again they behave, increase their space the next morning and leave them for another day. By day three, they should all smell the same, will be bored with one another and can probably be released into whatever will be their winter quarters without further problems. You should anticipate some fighting, of course, as the hierarchy is renegotiated, so it's always a good idea to stay around for a bit just in case anybody gets trapped or downed.

The Upshot If you have lots of rams and lots of room, let them hash it out in the open. If you have just a few rams (especially fewer then five or six) or you lack a really big open area, then use the cram method, but be sure the pen is small enough. The worst situation is a medium-size area — not big enough to provide a way to escape the attacking ram, but big enough for him to face his targets and get up enough steam to bash them against a wall or panel.

Photos from the Scrum 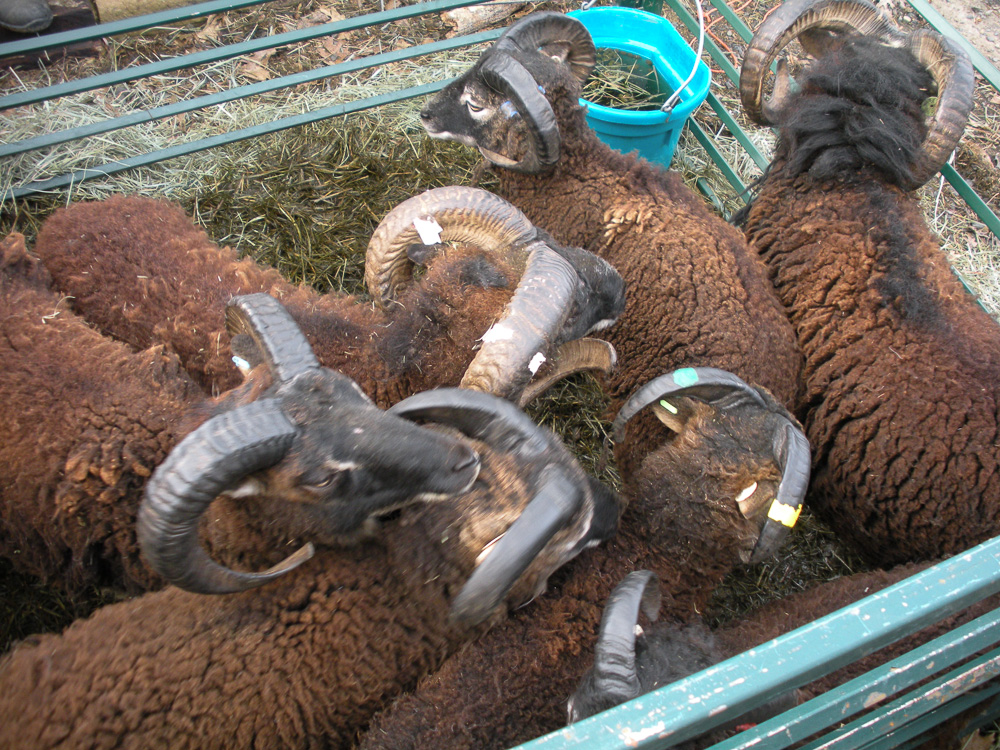 1st step: scrunch the breeders together 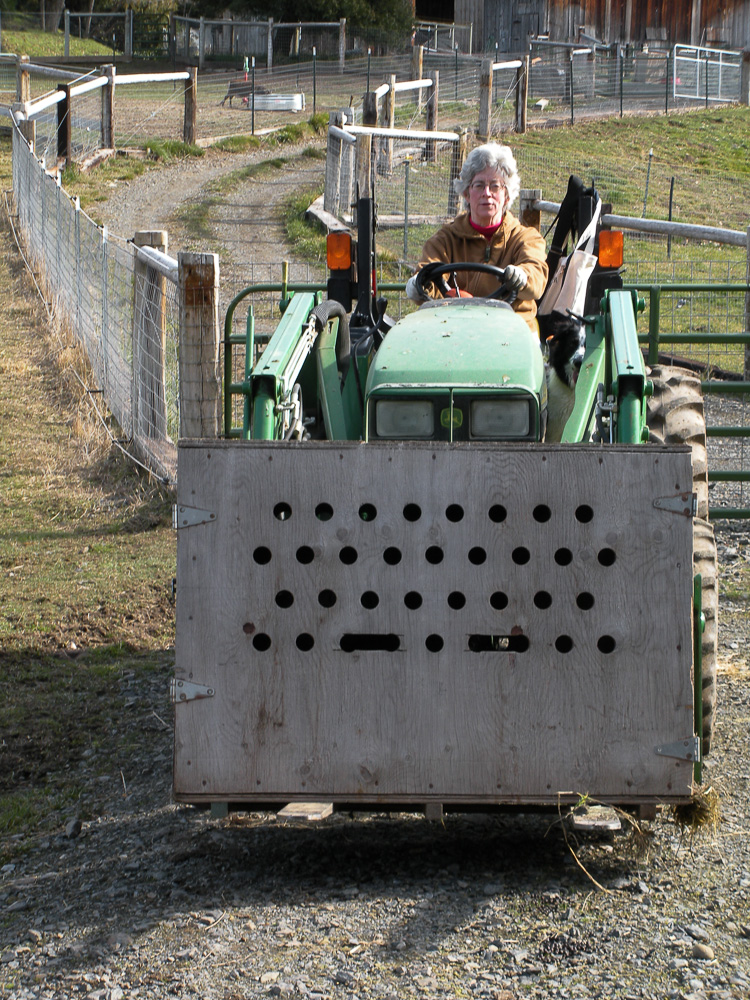 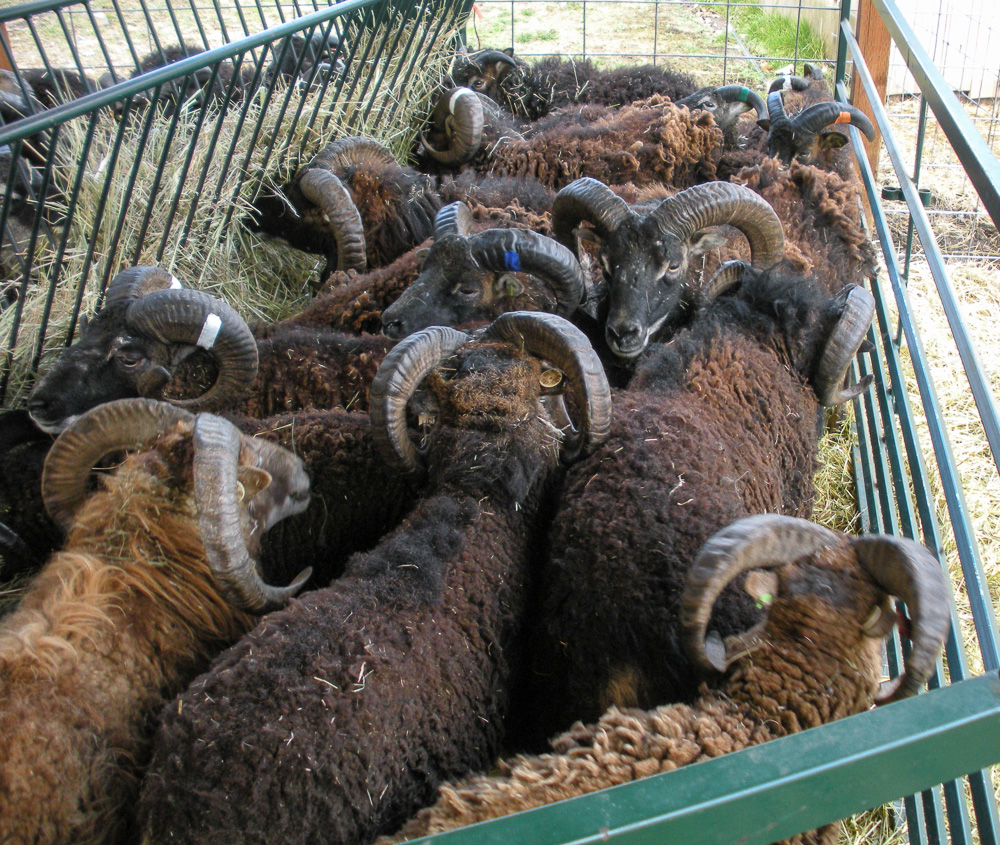